The lands of Obron are vast and varied. You are a wanderer, a stranger to these lands. Roam far and wide, seek Runes, carve them into your being.Or die trying.Order today. 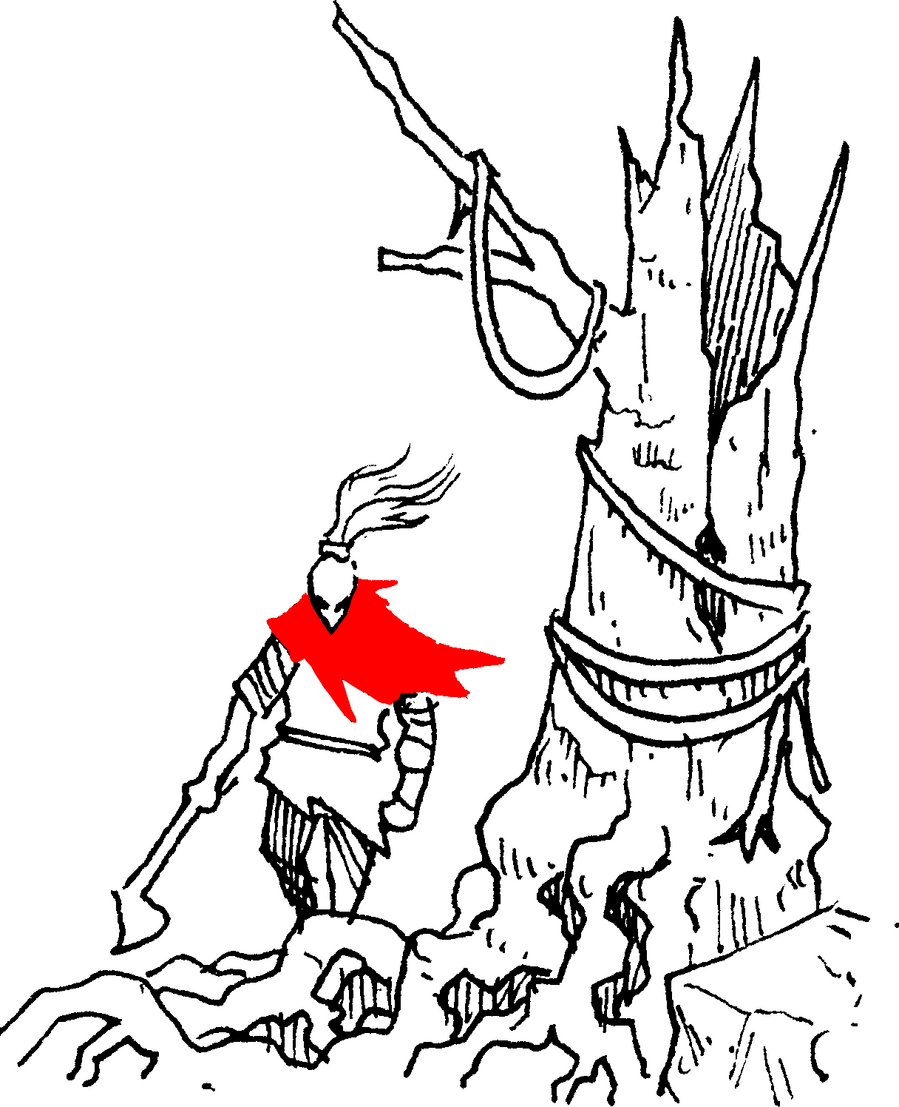 RUNE is a solo tabletop RPG being developed by Spencer Campbell of Gila RPGs. It is heavily inspired by the Soulsborne genre of video games, including Dark Souls, Bloodborne, and Elden Ring. You can order your copy today.In RUNE, you are a wanderer of the lands of Obron. The world is dangerous, but full of power if you are willing to reach out and take it.RUNE uses two different modes of play. During the Explore phase, players will explore unique regions teeming with mysteries, ruins, and more. Each Realm in RUNE is represented with an overworld map. The player explores this area, seeking out the mysteries and power hidden away in every space. Travel is dangerous though, and the player will need to decide when to push forward, and when to pull back and seek a moment of peace.Realms is RUNE are unique, and each one will bring new sets of enemies, rules, and most importantly, loot for the players to seek out. Challenges and exploration in RUNE will feel fresh as players wander from one Realm into the next. 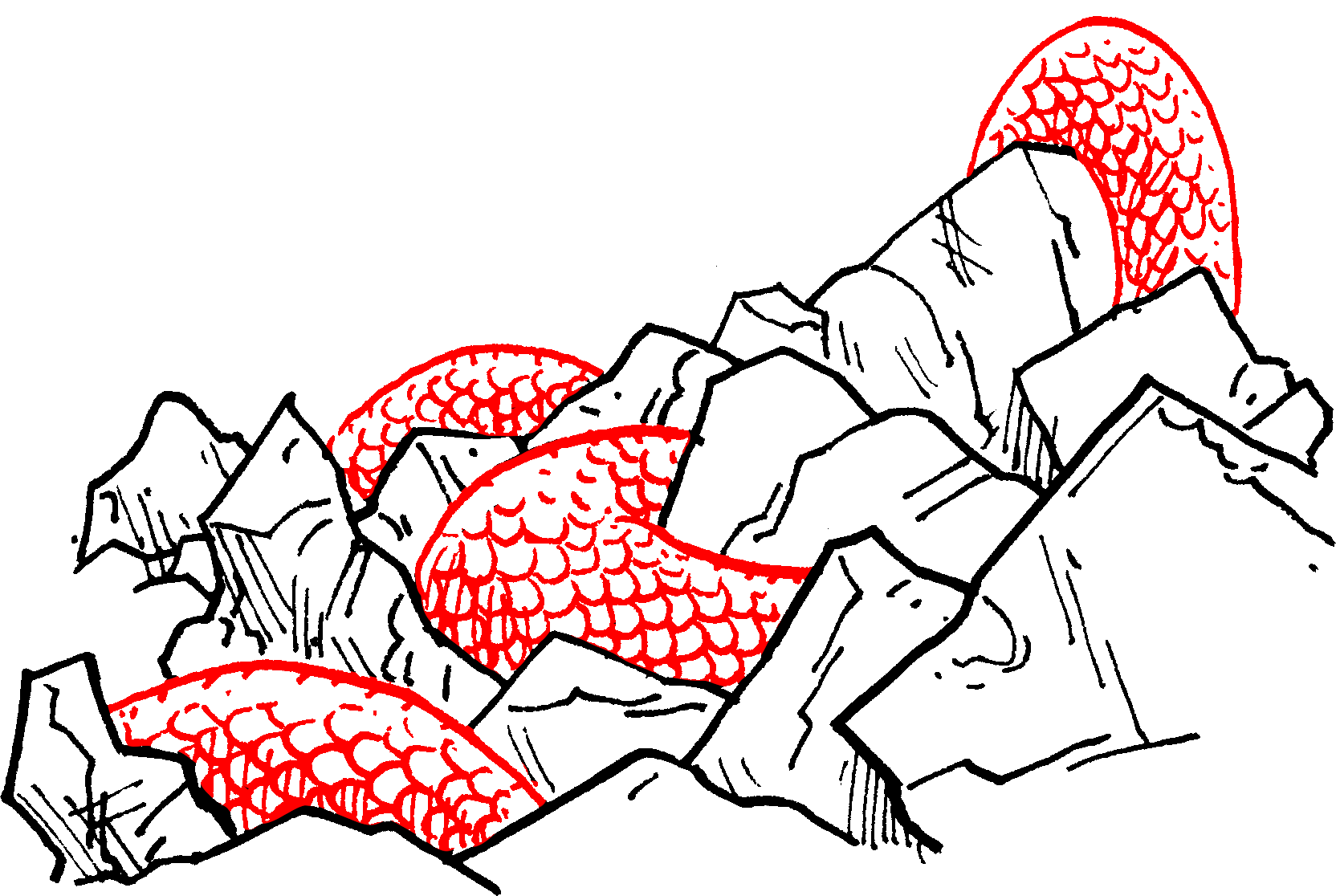 The second mode of play is combat, as players find themselves facing off against the horrors that wander Obron. Combat in RUNE is tactical, and takes place on a grid. Enemies have movesets that they act on based on dice rolls, and the players will need to determine how to best react with their limited amount of Stamina each turn. Combat in RUNE is tense, dangerous, and a puzzle for the player to solve. 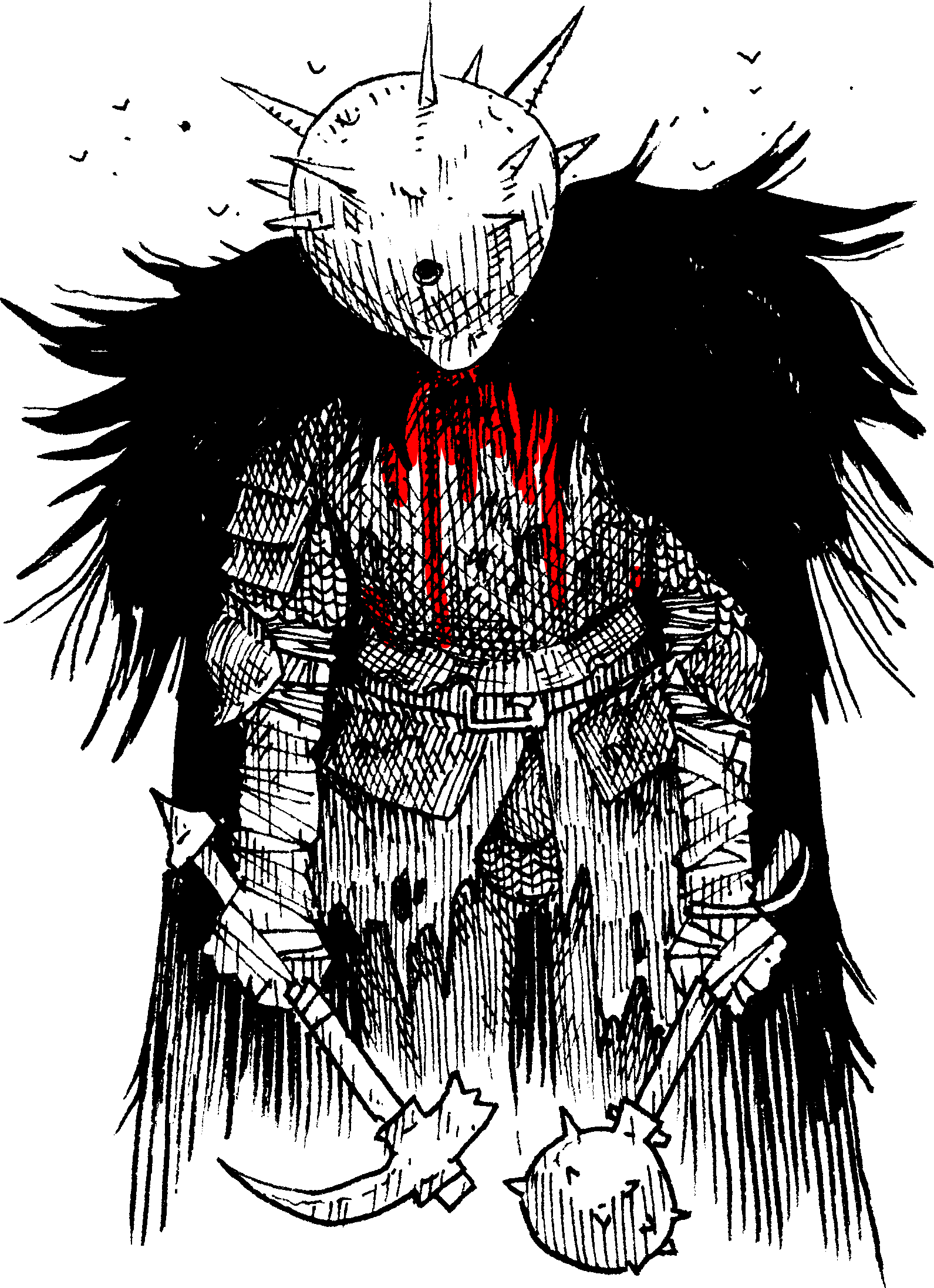 World of RUNE
RUNE takes place in the world of Obron. Many unique regions make up these lands, each different from the last. Across them all, the Rune Lords hold great power in their kingdoms.The world of Obron is a cruel one. The power of Runes are granted to those that seize it, making each person you meet a potential enemy, a knife waiting to find your back.You are a wanderer, determined to seek the power of Runes from the most powerful beings across Obron. The legends say those who control runes can control their fate. What will yours be?Check Out RUNE
RUNE is released! You can purchase the PDF version on itch.io, or grab the printed book on my store.If you'd like to try the game before you buy it, you can find a quick start version.Press Kit
If you'd like to read the Press Kit for RUNE, you can find it here.

RUNE is played through a cycle between Exploration and Combat. Below you'll find a brief description of how those two modes of play work.

During Exploration, the player wanders the Realm they have chosen, searching for secrets to uncover, enemies to fight, and gear to collect.Exploration in RUNE uses a pointcrawl system. Each Realm is represented by a map with important locations (points) connected to one another. 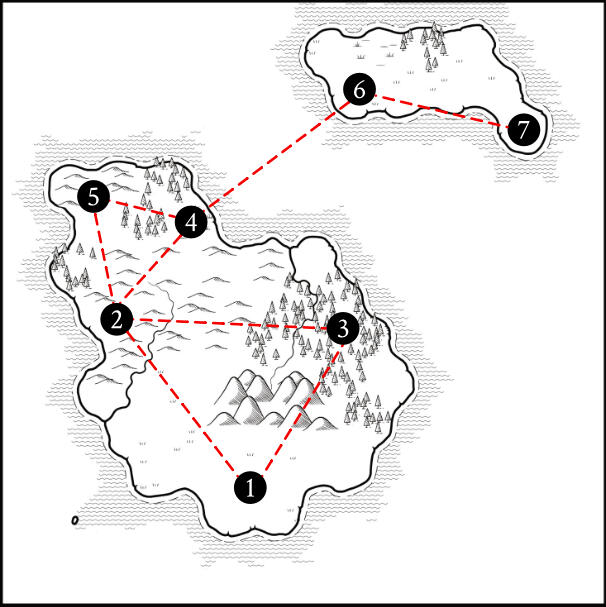 Points have actions that the player can do, such as fighting enemies, searching for valuables, learning the hidden lore of the Realm, and delving into dangerous situations.The story of the Realm will slowly be revealed to the player through the lore they collect and the flavortext of enemies and items they find. Environmental storytelling gets you the skeleton of what's going on here, you need to put the pieces together. Explore and the Realm just might reveal its secrets and power to you...

When a fight breaks out, the rules switch to combat. Combat in RUNE is tactical, and takes place on a 4x4 grid map. Here's an example of what that might look like. 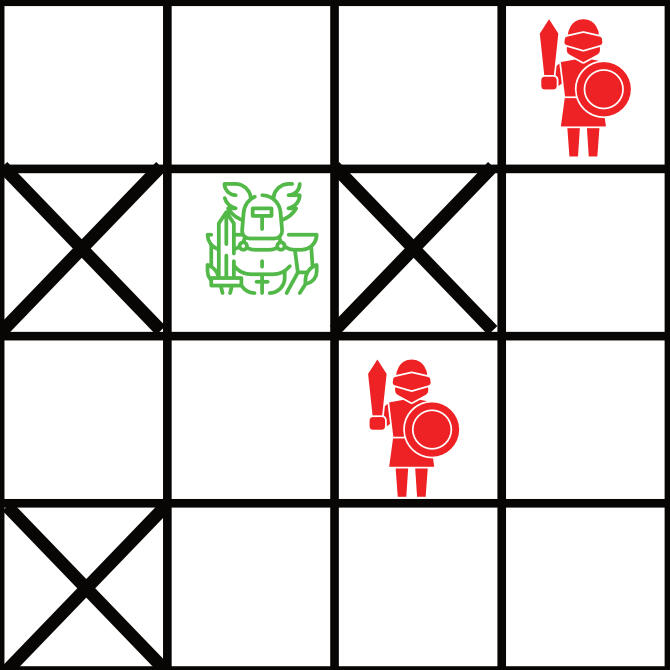 RUNE combat is equal parts tactics and puzzle solving. Enemy actions are determined with a single die roll each round, giving the player the opportunity to play out how they will react.Using the weapons and items they have equipped, players roll dice and assign them to their Gear, with each value creating a different outcome for that item. Players will need to think strategically about how to assign their dice, to maximize their damage while minimizing harm from the enemies.Overtime, players will collect a number of different weapons and support items. Create builds that support your playstyle in combat is an important part of RUNE. And if you don't have the items you want, it's time to get back to Exploration so you can find them across the infinite Realms of Obron.

Check out these videos teaching you how to play the combat rules of RUNE.

Here is a clipped fight from a recent Actual Play Spencer did for RUNE. It shows off what a full fight of RUNE looks like!

You can check out the RUNE video playlist on YouTube for more How to Play videos, as well as Actual Play series showing the game in action.

During development I will be recording videos explaining how the game is played, providing design commentaries, and recording Actual Plays of the game itself.

Check out some of the videos below. For the entire RUNE video collection, you can find them in this playlist on YouTube.

Want to see RUNE in action? Spencer has run a number of Actual Play series using fan-made Realms to show you how a full game is played!If you want to watch Spencer's future Actual Play streams, make sure to follow his Twitch channel! All of the VODs from the AP streams can be found on Spencer's YouTube channel.

Spencer takes on the nautically themed Coral Rock Realm! This Realm was created by Aaron Jolliffe, and shared in the Gila RPGs discord server.You can find Part 1 of this four part series below. You can find the other parts, and a bunch of other RUNE videos in the RUNE YouTube playlist.

The current ongoing RUNE Actual Play has Spencer taking on the toxic Realm of Bulwark Hollow! This Realm was created by Yuigaron, and shared in the Gila RPGs discord server.You can find Part 1 of this ongoing series below. You can find the other parts as they recorded, and a bunch of other RUNE videos in the RUNE YouTube playlist.

This page tracks the development and changes to RUNE over time. You will find changelogs as new versions of the rules come out, as well as development videos.Currently RUNE is in version 0.13. Check this page at a later date to see the new updates.You can find the Change Log for the latest changes here.
You can find the upcoming Development timeline here.I will be recording regular Development and Design videos for RUNE. You can find the first video below, where I make the changes for v0.11 and talk about upcoming updates.A playlist of all videos can be found here on Twitch! 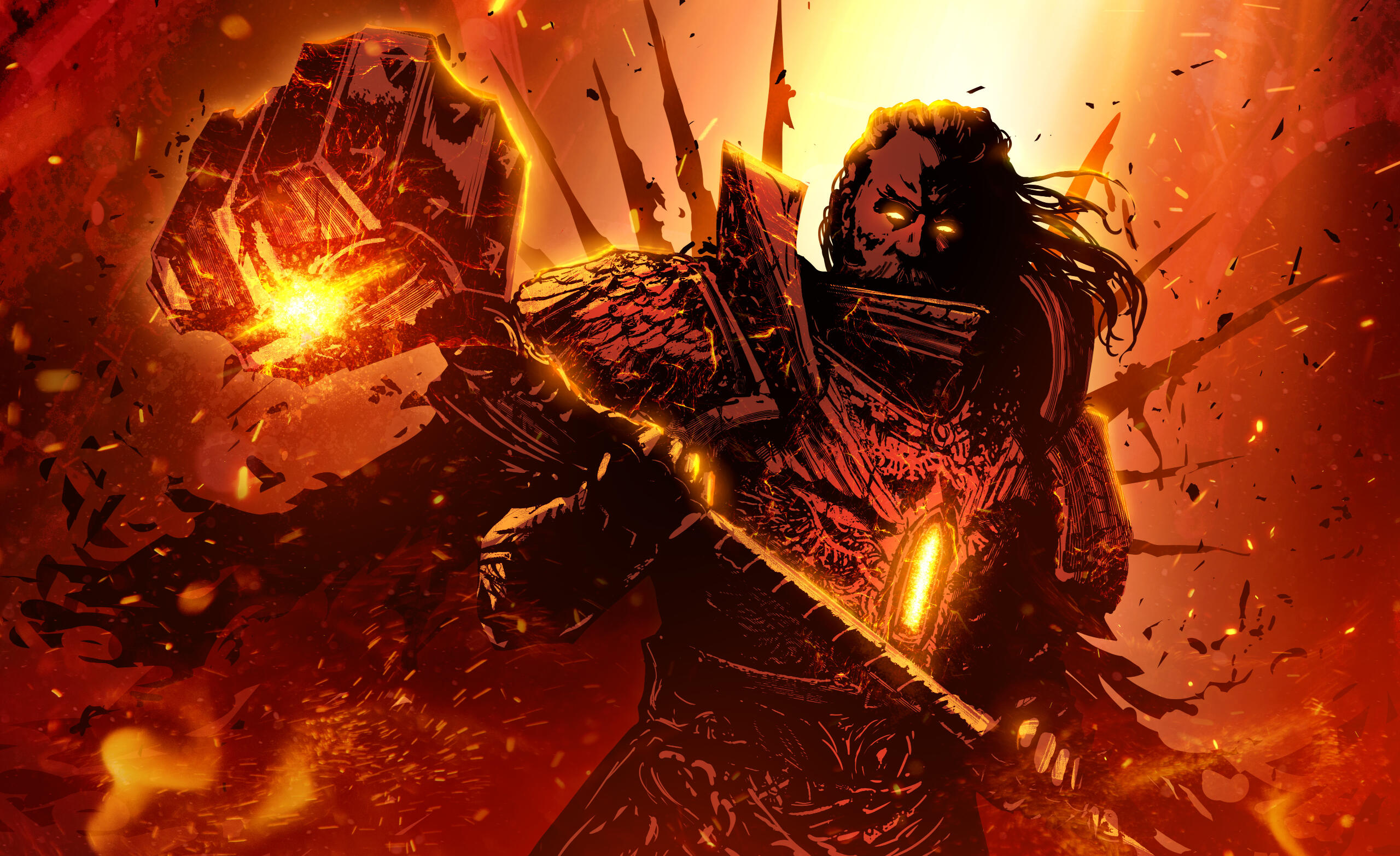 The next RUNE public playtest has begun!The playtest materials have been released on itch.io. You can find them here!If you want to be part of the playtesting conversation, join the Gila RPGs Discord server.Other ways to stay up-to-date on RUNE news are to follow me on Twitter, and sign up for my mailing list. 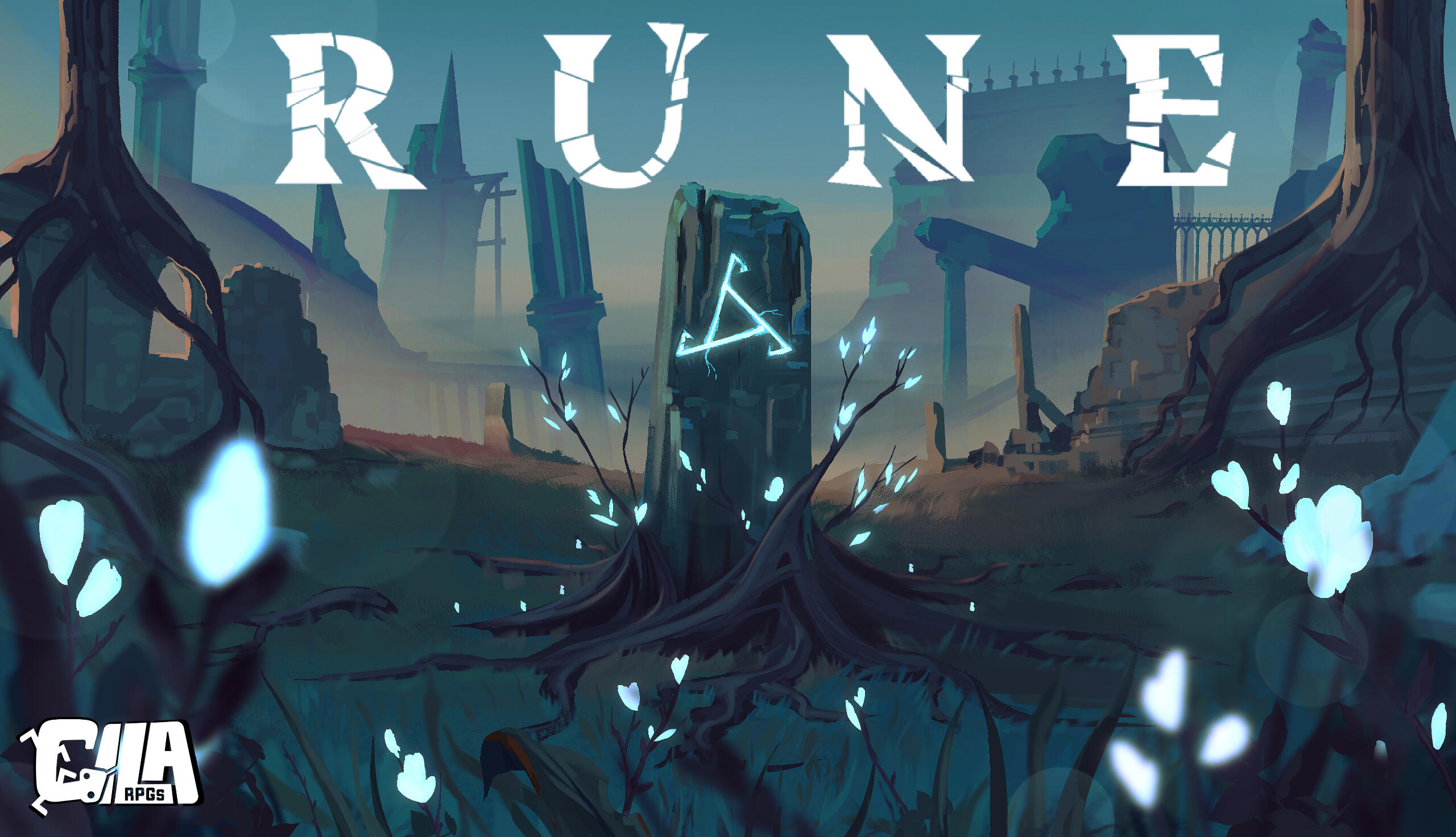 RUNE is coming to Kickstarter later this year!For now, please check out the preview page and click the "notify me" button so that you can get an email the moment the campaign begins. Feel free to share the link with everyone you think would enjoy RUNE so that we can have a killer campaign!

If you want to get in contact with me, the best way is Twitter. But if you'd prefer to send me an email, fill out the form below and I'll get back to you as soon as I can.